The recent introduction of non-ablative solid state laser assisted vaginal rejuvenation has been closely followed. The Ladylift® system is Eufoton®’s solution for atrophy and urinary incontinence. Using a special external handpiece, it's also possbile to perform the cosmetic treatment of non-ablative labiaplasty.

Age and muscular stress often cause an atrophic process in the female genital organ, which, if not adequately treated, develops into dryness, leads to sexual difficulties, itchiness, frequent intimate burning, laxity and urinary leakages.
The main cause of this is the loss of tone of the vaginal mucosa.

The action of the Ladylift® wavelenght combined with the controlled radial emission of the handpiece has a biomodulating effect that stimulates neocollagenesis and regenerates the epithelium and the connective tissue.

This action, aimed to the vaginal mucosa, determines its recovery of firmness, flexibility and rehydration and therefore reduces considerably those symptoms, which are usually attributed to menopause.  It has an effect also on small urinary leakages restoring the normal functionality.

The advantage of using a solid state laser with intern circular emission is mainly the total respect of the vaginal mucosa since it operates in depth not causing an ablative thermal injury.

The circular emission is focused by the Ladylift® handpiece allowing a painless treatment for the patients and offering to the doctor the absolute certainty of the correct energetic dosage of the laser source on the whole inner walls of the vagina.

The Ladylift® treatment applications are:

How much time does the treatment take?

The treatment lasts only a few minutes and is repeated four times with a 15-20 day interval.

What are the results of Ladylift® in the treatment of GSM - Genitourinary syndrome of menopause?

As it has been reported in the first scientific paper that contains the results of a study conducted on a homogeneous sample of 80 women (Open Journal of Obstetrics and Gynecology, 2018, 8, 113-121, D.Dodero, F.Murina,at Al.) the Ladylift® laser procedure gives satisfactory results since the very first session. The process of biostimulation and rejuvenation requires a few weeks in order to be completed therefore the results can be fully apprecieted after 2 months since the end of the treatment.

Changes in the atrophy index before and after Ladylift® treatment 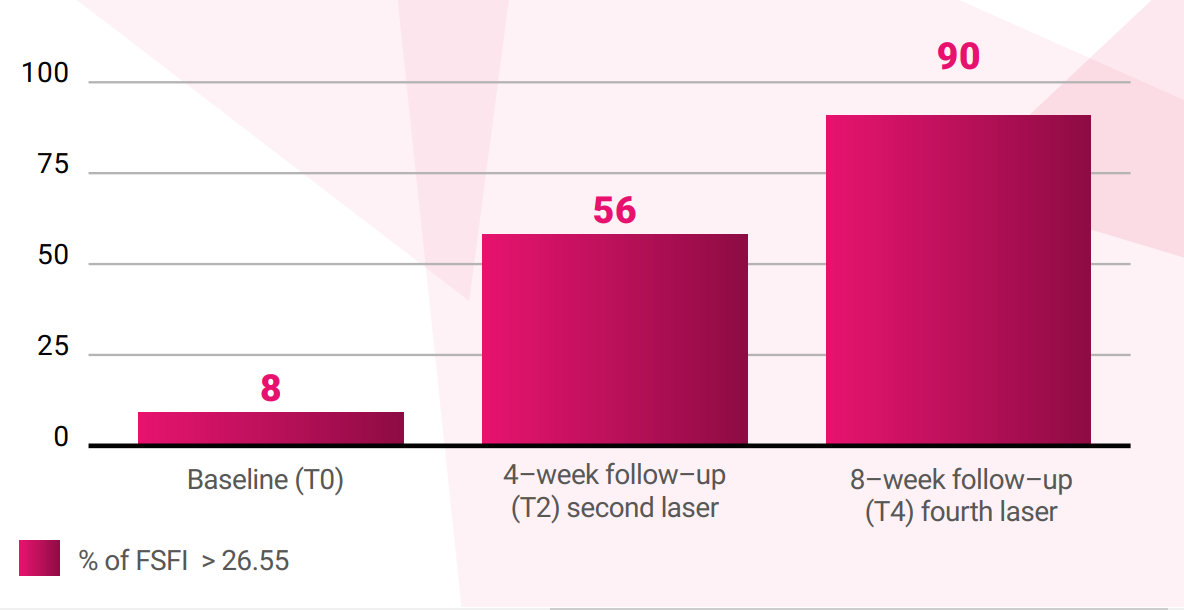 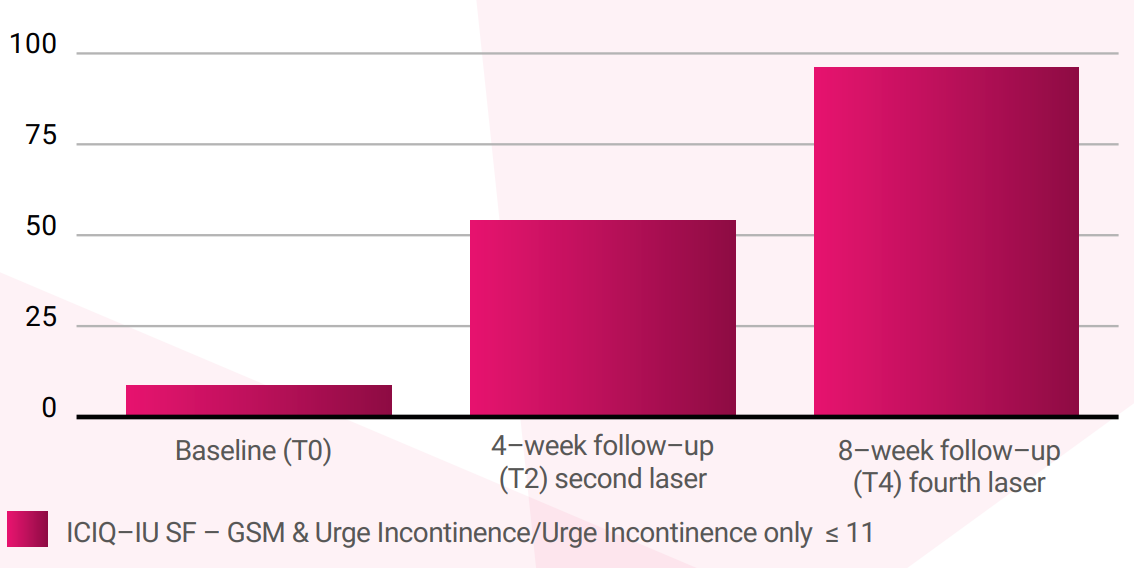 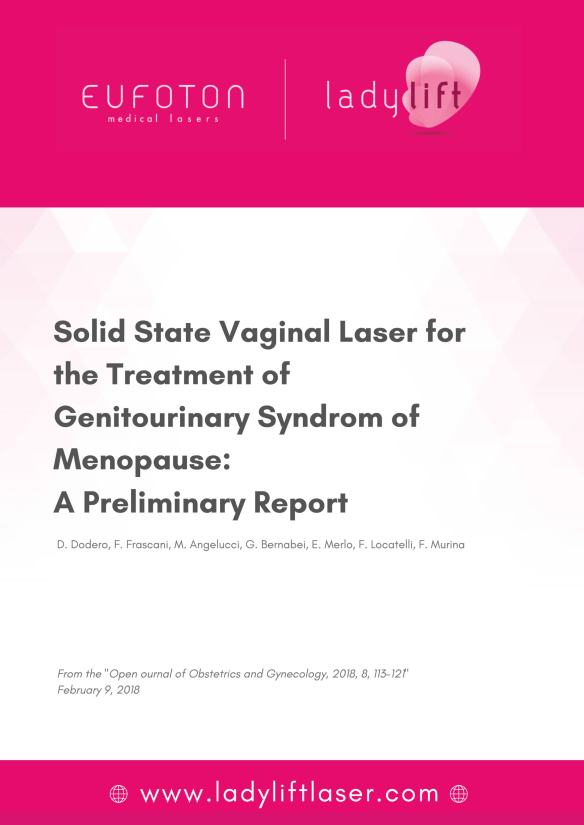 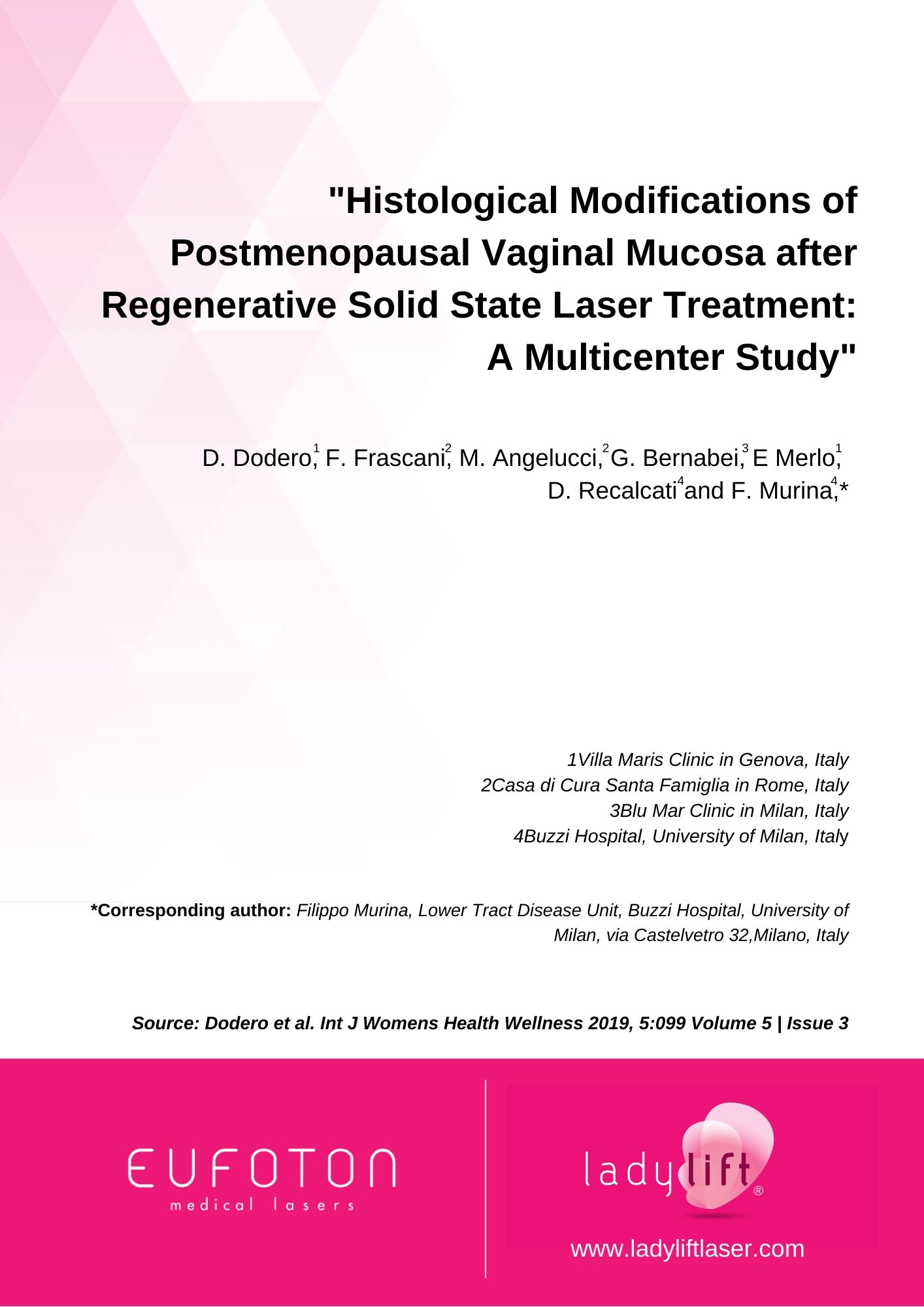 Are you interested in a laser or in an accessory?

Do you need help? Fill in the form and we will help you solve it.

Disclosures
Some of the information contained in this website are exclusively directed to healthcare professionals, in compliance with art. 21 of the Decree n. 46 of February 24th, 1997 and subsequent modifications and integrations, and the Guidelines of the Italian Ministry of Health of March 28th, 2013. The possibility to continue browsing and access to the content relating to products, technical descriptions and commercial offers is subject to the statement made by the user, under his own responsibility, to be a healthcare professional. The simple visitors will be redirected to institutional page of Eufoton.
Cookie Policy

This website uses cookies. By continuing to browse this site, you are agreeing to our use of cookies. Find out more by clicking here. ABILITA or DISABILITA.

By pressing Continue I declare under my own responsibility to be a healthcare provider and continuing to browse I declare to accept the cookie information.

I am a health worker

Continue arrow_forward
I am a visitor